Permanent Bat Removal: Bat control is important for your safety and health. To most people, bats are not creatures they want to be around, whether it is because of the way they look or the nasty and harmful diseases they carry, such as rabies, coronavirus, and Ebola. While a small number of Houston bats are carriers of rabies, they all carry all kinds of nasty germs, viruses, and bacteria that have the potential to be fatal. These winged critters are very important to remove quickly, as being around them for even a little bit of time can be highly harmful to one’s health. Continue reading to learn about removing bats and why it should be done with the utmost care.

What problems do Cypress bats cause?

Cypress Bats cause two major types of problems: threat to one’s health and destruction of property. Zoonotic diseases are the main worry when dealing with bats. Zoonotic diseases are simply viruses, diseases, and other maladies that are transmitted to humans by various animals. While there are several deadly diseases that bats carry, they carry an average of 130 different diseases and viruses. Ebola, coronaviruses, and Marburg are just a few of the most deadly diseases bats have been found to carry. However rare as it is, especially in places like the United States, there is always a chance they could be carrying such deadly diseases. Need bat removal today? Give our bat removal experts a call!

What damage can bats cause to my home attic?
Why you need bat removal

Bat Removal: Home attic damage is the second major worry about living with bats. If they gain access to your attic, which most of them will eventually do, they defecate all over your attic and whatever other places they can get to. Bat droppings cause stains and weaken materials, in addition to creating terrible odors. Not only do these droppings cause damage, but they can also carry more bacteria and diseases and can make their way into humans’ food, drinks, and eventually, their bodies. These are some of the reasons why you must remove bats quickly as possible.

Can I safely remove bats from my house?

While it is a bad idea to have bats living near humans, they are highly beneficial to us. All kinds of insects are eaten by them, and they kill many mosquitoes that carry other diseases that can be given to humans. This is just one of the reasons that Houston homeowners should not try to remove bats on their own, as humane and careful removal will keep them alive and ensure they continue to do their job in the ecosystem. It is also not a good idea to try this on your own, as it is easy to be bitten or scratched by a bat. The one-way door is one of the best ways for bats to be removed from your home, as it lets them leave freely, but does not allow entry again. A professional bat removal service should be contacted to do this job, as it takes a good amount of experience and know-how to do this effectively

It is much better to hire a bat control service to take care of your bat removal, as we have years of experience and have seen it all. We will be able to safely and humanely remove the bats from your home or building. There are all kinds of laws when it comes to removing bats from your home depending on where you live, so it can be a good idea to call a bat exterminator either way. One of the most important services a bat removal service can provide is searching for places where a bat is likely to get in. Once we have found some trouble areas, we can recommend the next steps or possibly install bat prevention methods for you. If you live near the Cypress, Spring, Houston area, The Woodlands (Harris or Montgomery County), reach out to Quality Pest & Wildlife. 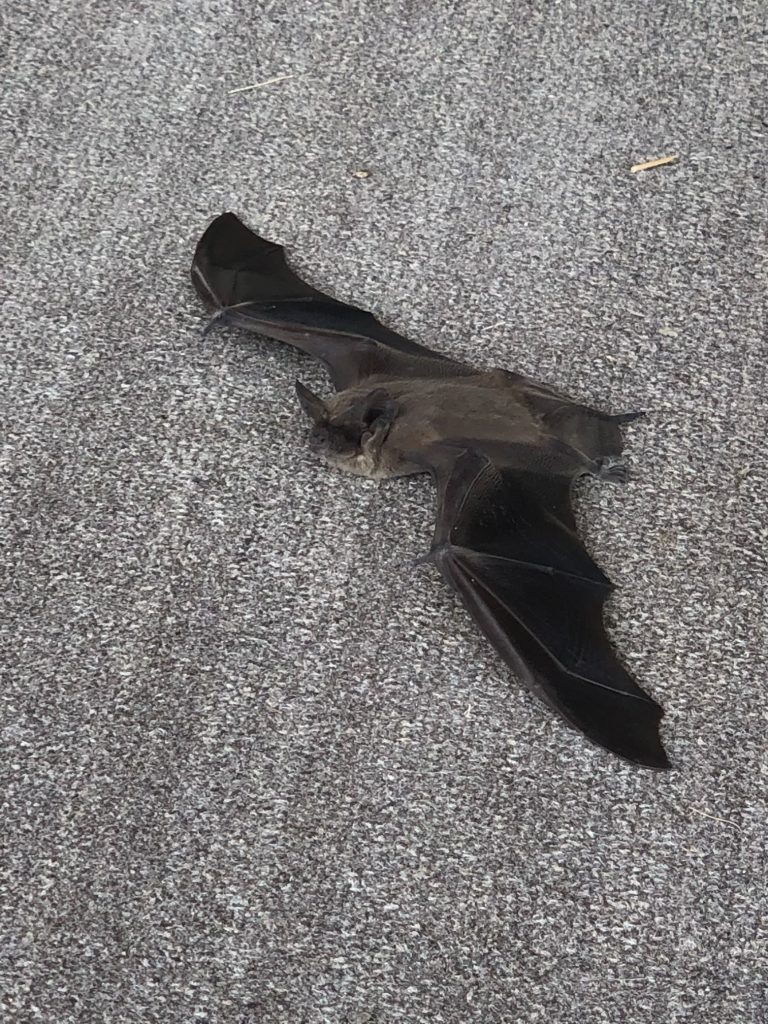 Bats are flying mammals that bring  many benefits to their ecosystems. There are over 45 species that live in national parks. Different species provide different benefits. Bats pollinate plants, influence scientific discoveries, distribute seeds to maintain forests and plants, and control insects. Animals in the ecosystem like hawks, falcons, and owls eat bats, as they  rely on bats for their calories. There are many benefits to bats, but they should be in the right environment, not in your home.

How can I prevent bats?

Cover any outside entry points. Seal cracks and fill up holes. Install chimney caps, window screens, and draft guards to prevent attic entry. Make sure that all doors with outside access close properly. Bats can enter through holes as small as 3/8-inch in diameter so it’s important to plug any holes or tears you find in the exterior of your home.

How do I remove bats?

Some bats eat insects, some bats eat fruits, while most eat a mix of both. If you see that their favorite food is growing or flying around in your garden, it’s time to make changes. Common bat-attracting insects include beetles, moths, and especially mosquitoes. Many households that experience bat’s roosting also suffer from a mosquito problem. Fixing that not only helps get rid of bats, but also keeps your family safe from mosquito-borne diseases. Taking measures to remove bats will help, but It is best to hire a professional to safely remove bats from your home. Make sure to hire a registered pest or wildlife control company. Compliance with environmental laws and adherence to ethical principles is important.

Types of bats in the Houston area

The Brazilian (aka Mexican) free-tailed bat, is the most common bat in Texas. More than 250,000 roost and breed under the Waugh Street Bridge in Houston. With 31 species, Texas has the largest diversity of bats in the nation. The greater Houston area hosts 11 species, including the migratory eastern red bat, northern yellow bat, hoary bat and silver-haired bat. Year-round species are the eastern pipistrelle, southwestern myotis and the Rafinesque’s big-eared bat, a Texas endangered species.

What are bat droppings (guano)?

Bat droppings, known as guano, are small and dark in coloration. The elongated pellets are crumbly and turn to dust when touched. Often used as fertilizer because of its high nitrogen and phosphorus content, guano can be dangerous when allowed to accumulate in the home. The incidence of histoplasmosis being transmitted from bat droppings to humans is not thought to be high. Nevertheless, fresh bat droppings (unlike fresh bird dropping) can contain the histoplasmosis fungus. Histoplasmosis is an infection caused by breathing in spores of a fungus often found in bird and bat droppings. The infection is most commonly spread when these spores are inhaled after taking to the air

The cost of hiring a professional to remove bats varies based on a multitude of factors. Bat infestation removal cost ranges from $400 to $600, with the average cost of $500 for removing a small colony, including the initial bat inspection but excluding clean up after bat removal. Larger bat colonies can end up costing $8,500, including inspection, bat removal and guano bat remediation cleanup costs. However, if instead of a colony, you only have one bat, that would be cheaper, at around $275 for the removal of a single bat. 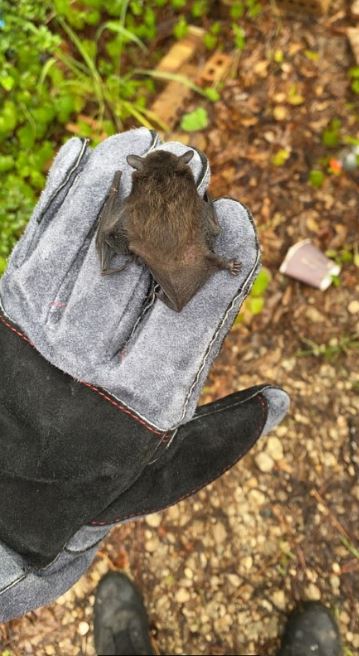 We are a full-service, one stop shop for all your pest control & wildlife removal needs. We humanely and effectively remove all known Houston, Texas wild animals like: Raccoons, Squirrels, Rats, Mice, Birds, Bats, Opossums, Skunks, Armadillos, Snakes, and many more. We are fully licensed and insured exterminators in Texas. Pest control and wildlife removal service areas near me: Houston, The Woodlands, Spring, Cypress, Tomball, Harris County and Montgomery County.

We use cookies to optimize our website and our service.
Manage options Manage third parties Manage vendors Read more about these purposes
Preferences
{title} {title} {title}